Franchise Agreement - How to Make, Negotiate and Terminate (with Template)? 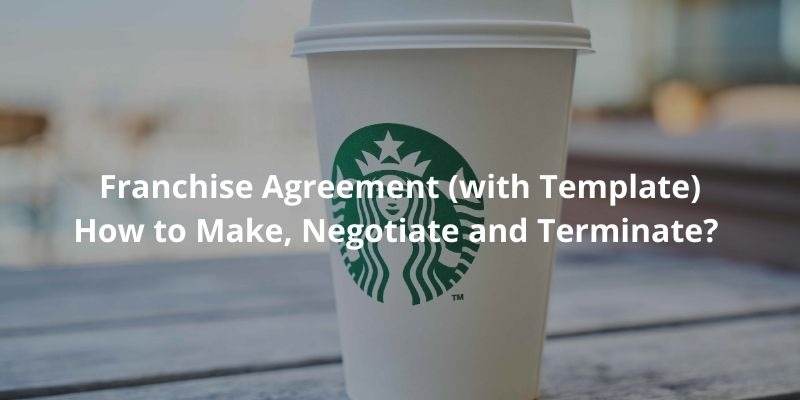 A. What is a Franchise?

First and foremost, what is a franchise?

The business of creating and distributing the brand and franchising system by the franchisor is called "franchising".

B. What is a Franchise Agreement? 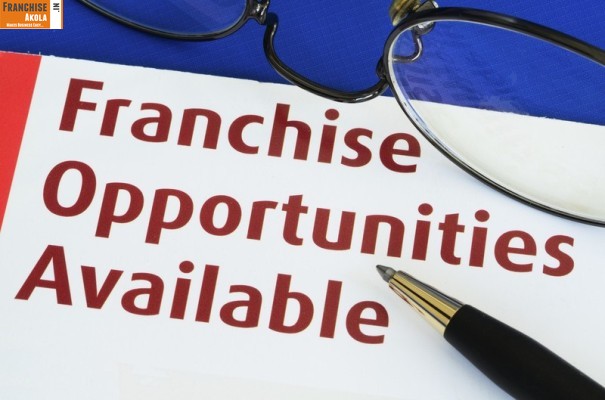 There are four main types of franchise agreements/arrangements:

If the initial franchise is successful, the franchisee may seek the right to open and operate multiple franchised premises.

This is a form of multi-unit franchising in which the franchisee is given a territory to develop a certain number of units within a period. The arrangement is exclusive, which means no other franchisee can be granted the same territory during this time. However, the franchisee may lose its exclusivity if it fails to meet certain milestones in developing the territory as required under the franchise agreement. D. How does a Franchise Agreement work?

The franchise agreement typically begins with a grant of the franchise and any reservations by the franchisor. The franchised right is usually a limited, non-transferable, non-exclusive right to use the franchisor’s name, trademark, logo, and other intellectual property subject to the following restrictions:

The franchise agreement should set out the minimum requirements and milestones for the franchisee to meet within the period in the territory. This could include, for example, the number of locations to be opened, the plan of the unit to be approved, the minimum sales target, etc. This section may also specify other equipment or information technology systems that must be installed as an operational requirement.

4.     Services to be provided by the Franchisor

In exchange for the various franchisee fees, royalties and expenses, the franchisor should provide certain services to the franchisee, including assistance with the setup/opening of the franchise, advising on the plan layout and equipment, training staff, supply of goods, seminars, post-opening services, marketing, etc.

The franchisor will usually specify certain quality control requirements for the franchisee to comply with. This is necessary to maintain the quality of the brand and ensure that the goods and services provided by the franchisee meet the minimum standards of the franchisor.

Other restrictions on franchisees may include:

These restrictions usually last for at least one year after the termination of the agreement.

9.     Relationship between the Parties

This is a common clause that clarifies the relationship between the parties in the franchise agreement. Note that the franchisee is not an agent, employee, or partner of the franchisor but an independent contractor. This means the franchisee is responsible to pay taxes, conduct his own business, and hold full responsibility for its employees and insurance.

10.  Breach of Contract Limitation of Liability

Depending on the ‘seriousness of the breach (whether the breach goes to the root of the contract), a breach of contract may not allow the innocent party to terminate the contract. For more details, please refer to our blog post on this subject - https://docpro.com/blog/terminate-contract-breach

The franchise agreement will stipulate the governing law undermining the contract; this is normally the law of the territory of the franchised business (where the dispute has arisen). For dispute resolution between the franchisor and the franchisee, the parties typically agree to a face-to-face meeting or mediation before resorting to court or arbitration.

Negotiation between the parties tends to be the quickest and most inexpensive way to resolve a dispute, followed by mediation and arbitration. Going to court is the most expensive and can drag on for years.

A typical franchise agreement template would also include sample boilerplate clauses that can be found in most agreements. For example, no assignment, reservation of rights, waiver, severability, notices, force majeure, entire agreement, amendments, and rights of third party, etc.

For a comprehensive list of boilerplate clauses, you can check out our customisable document here: https://docpro.com/doc303/general-boilerplate-document-standard-agreement 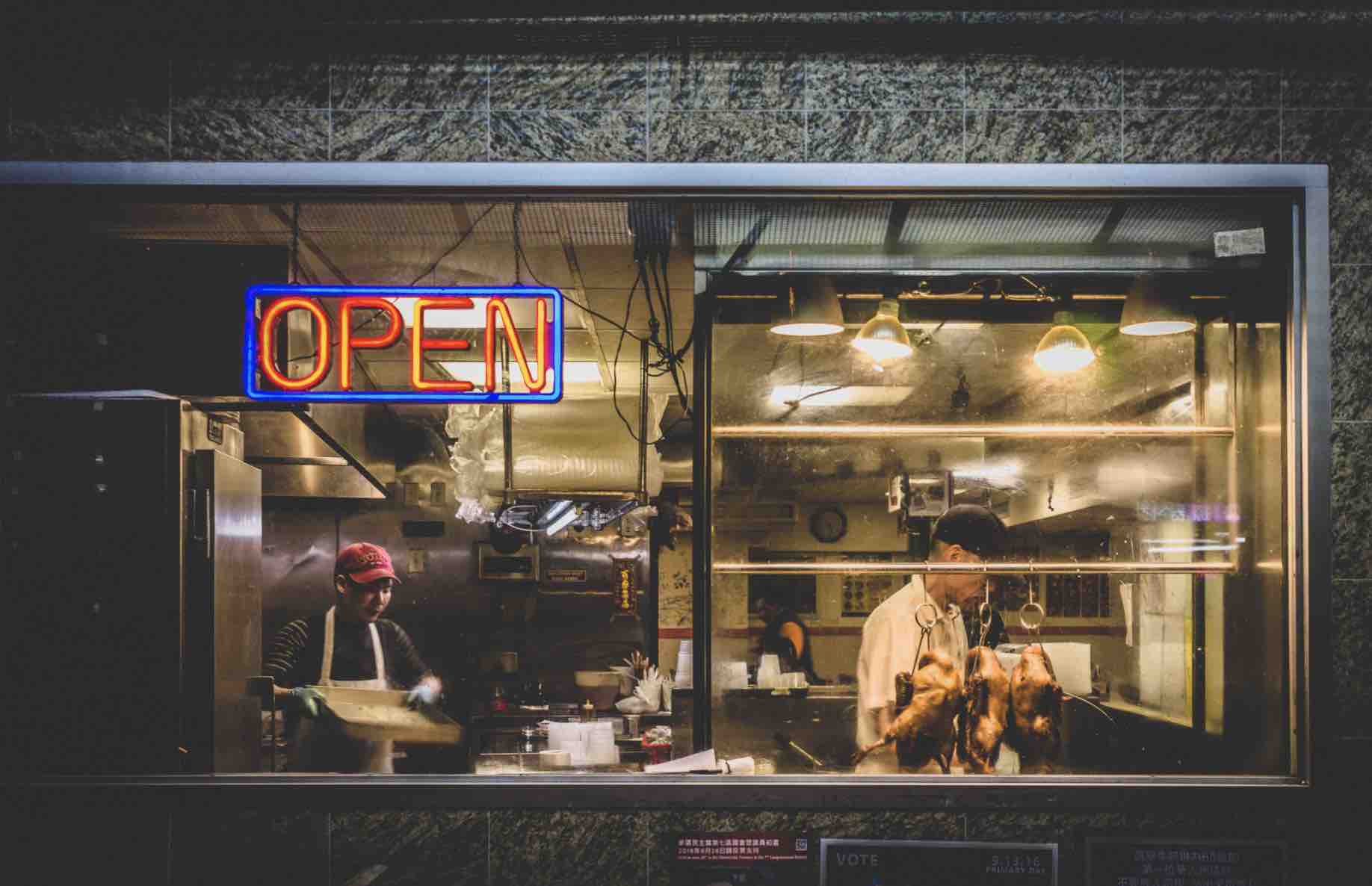 F. How to Negotiate a Franchise Agreement?

Most franchisors will tell their franchisees that the franchise agreement is non-negotiable and operates on a take it or leave it basis. This may or may not be true, depending on the relative bargaining power of the franchisor and the franchisee. For example, if the franchisor is McDonald's, then the room for negotiation is very limited compared to a new franchisor that needs franchisees.

The following are the most negotiated terms in franchise agreements:

2.     Representations of the Franchisor

Most restrictions imposed by the franchise agreement on the franchisee are unduly restrictive. For example, the restriction to set up a competing business in a territory could be unduly wide in terms of area and duration. The franchisee should negotiate with the franchisor on something more reasonable.

5.     Timing and Payment of Franchise Fee

The franchisee could also seek a right of first refusal to buy out any franchise within its territory based on reciprocity.

8.     Breach and Termination of Agreement

In addition, the franchisee should ensure that any dispute will be dealt with in a fair, cost-effective, and timely manner, such as first going through high-level negotiation or mediation. G. How to terminate a Franchise Agreement

The innocent party should give the defaulting party a reasonable period to remedy the breach, which, upon failure, the innocent party would have the right to terminate the franchise agreement. A minor breach that does not go to the root of the agreement will simply be a breach of a condition and the appropriate remedy damages.

In certain jurisdictions, the franchisee is allowed a cooling-off period (7 – 30 days), during which it can terminate the franchise agreement without providing reasons. This is to prevent the franchisee from being lured into an unscrupulous franchise arrangement with long-term payment obligations without thinking it through.

4.     Walking Away without Clause

Either party shouldn't abandon the franchise without a clause even if the franchise business is unsuccessful, as the potential liability could be even bigger (like breaking a lease which the landlord could claim for all the unpaid rents under the lease from the tenant). It should only be considered by the franchisee where the liability is limited (if the franchisee is a limited company with no principal guaranteeing its liability on a personal basis, then one could consider walking away and winding up the company).

Please note that this is a general summary of the position under common law and does not constitute legal advice. As the laws of each jurisdiction may be different, you may want to speak to your lawyer.

How To Get Out Of Franchise Agreement