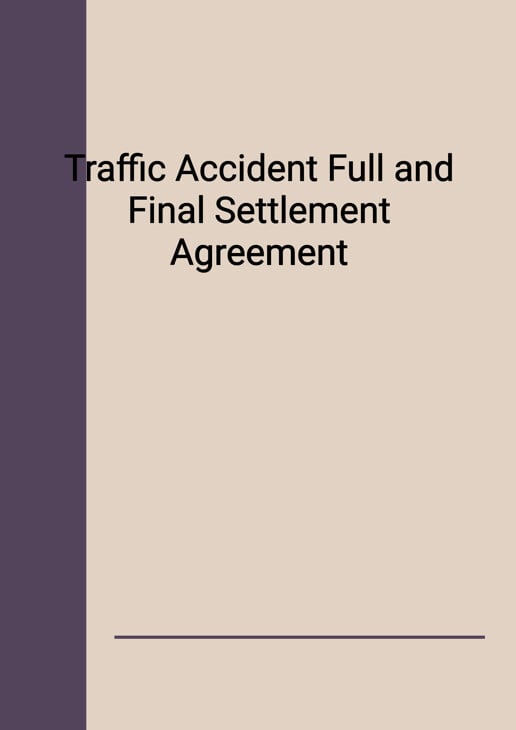 Driver at Fault - No Injury

This is a Full and Final Settlement Agreement for traffic accident (no personal injury) drafted in favour of the driver at fault. Driver at fault will be fully released from all claims.

This is a Settlement Agreement for traffic accident (no personal injury) drafted in favour of the driver at fault. Driver at fault will be fully released from all claims.

Both parties confirm that no personal injury is involved in the Accident and both parties will not make any complaint to the Police.

On a without admission of liability basis, Party A agrees to pay Party B in full and final settlement of all claims whatever nature kind or whatsoever.

Party B agrees to release Party A and his/her insurers in respect of any injury, damage and all other losses. Party B will not make any claim against nor receive any payment or compensation or whatsoever nature from any other third party arising out of or in connection with the captioned traffic accident.

In event of the default of subparagraph 4(c), Party B undertakes to indemnify the Released Parties from and against all claims, actions, proceedings, demands and suits brought against any of the Released Parties, including all costs and expenses in connection therewith.

This document should be carefully read by the individual Driver at Fault and Drive not at Fault.

The agreed settlement sum to be paid by the Driver at fault and acknowledgement that the driver at fault will be released from all claims should be clearly stated in the settlement agreement. 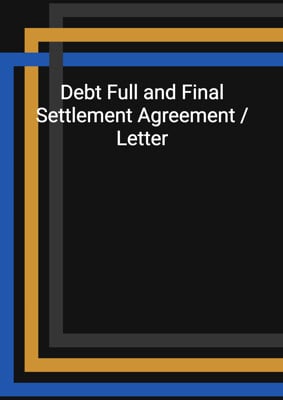 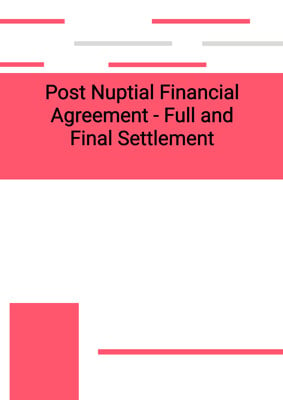 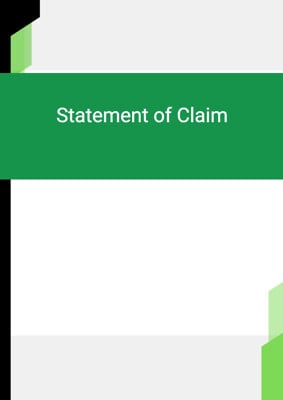 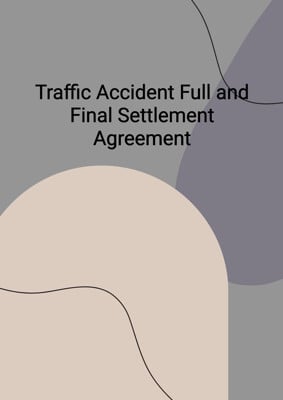