What are the alternative dispute resolutions to court?

In the age of globalisation and commercialisation, it is more and more often that disputes arise between people and companies from around the world, whether they stem from disagreements about contracts or conflicts arising from work execution etc. What remains essential in resolving such disagreements is to determine which mechanism one should choose to resolve the parties’ disputes. More recently, alternative dispute resolution has become more prevalent.

Traditionally, parties will go to the court to settle their disputes. However, the court legal system is rigid and inflexible. Thus, may not lead to the best legal result that the parties are hoping for.

Lately, Alternative Dispute Resolution has become a more and more common and popular option for parties to settle their disputes (normally through a settlement agreement) without the need to go to court.

What is Alternative Dispute Resolution?

Alternative Dispute Resolution refers to a private, voluntary process of dispute settlement, where parties agree to appoint a neutral third party to help them settle their disputes. It can speed up dispute resolution to ensure that progress is not hindered by the need to await the outcome of protracted litigation.

Why should you consider Alternative Dispute Resolution?

The reason why people would agree to adopt alternative dispute resolution is because of the various advantages:

What are the Types of Alternative Dispute Resolution?

There are various forms of alternative dispute resolution including arbitration, mediation, negotiation, and expert determination. The most common ones are arbitration and mediation.

Arbitration is a procedure in which a dispute is submitted, by agreement of the parties, to one or more arbitrators who make a binding decision on the dispute. In choosing arbitration, the parties opt for a private dispute resolution procedure instead of going to court.

Arbitration is often used for the resolution of commercial disputes, particularly in the context of international commercial transactions.

For an arbitration to take place, disputing parties must all agree to take their dispute to arbitration. The agreement is often made in the form of an arbitration clause in business contracts.

Parties signing the contract will agree that any disputes arising from the contract will be heard by one or more private individual(s) who are acting as arbitrators. Even if parties try to go to court, the courts will normally stray from the proceedings and force the parties to arbitrate instead to be in accordance with their contract.

Enforceability of a final and binding arbitral award

The arbitral reward is final and binding on the parties and cannot be challenged except in exceptional circumstances. What also distinguishes arbitration is that arbitral awards made in one country can be enforceable through the courts of many countries around the world.

Neither party shall be limited in the arbitration to the evidence or arguments previously put before the Panel to obtain its decision. The arbitrator[s] shall have full power to open up, review and revise any decision, approval, recommendation or determination made and the decision of any Expert Panel in respect of the Dispute referred to arbitration.”

Apart from using an arbitration clause, some parties may choose to sign an arbitration agreement if parties do not prefer to go to court when a dispute arises.

This separate arbitration agreement is necessary if there is no arbitration clause in the original contract, as one party cannot unilaterally force another party to arbitrate.

The arbitration agreement is usually drafted in broad language, e.g. claims arising out of or in connection with a particular contract. The broadness of the term thus can cover both contractual or tort claims in relation to this contractual transaction.

DocPro has two versions of arbitration agreements for users to download:

Mediation is another of the methods of alternative dispute resolution available to parties. Mediation is essentially a negotiation facilitated by a neutral third party (called a “mediator”) to help the disputing parties reach a settlement.

How is mediation different from arbitration?

Unlike arbitration, which is a process of ADR somewhat similar to a trial, mediation doesn't involve decision making by the mediators.

Mediators do not issue orders, find fault, or make determinations. Unlike an arbitrator, mediators do not provide legal advice but only facilitate the mediation process. Mediation is more often used in personal or family disputes.

How do mediators help parties reach a settlement?

Mediators help parties to reach a mutually acceptable settlement by identifying possible solutions and reviewing the strengths and weaknesses of the two parties’ claims during the mediational processes.

The mediator will assist with communications, obtain relevant information, and developing options during the mediational processes.

The mediator generally encourages parties to reach a mediation agreement but is not given any power to impose a judgment, so the results of the mediation are not legally binding on the parties. The mediation settlement is, therefore, more of an agreement than an enforceable award/judgment.

DocPro has 2 forms of mediation agreement for users to download: 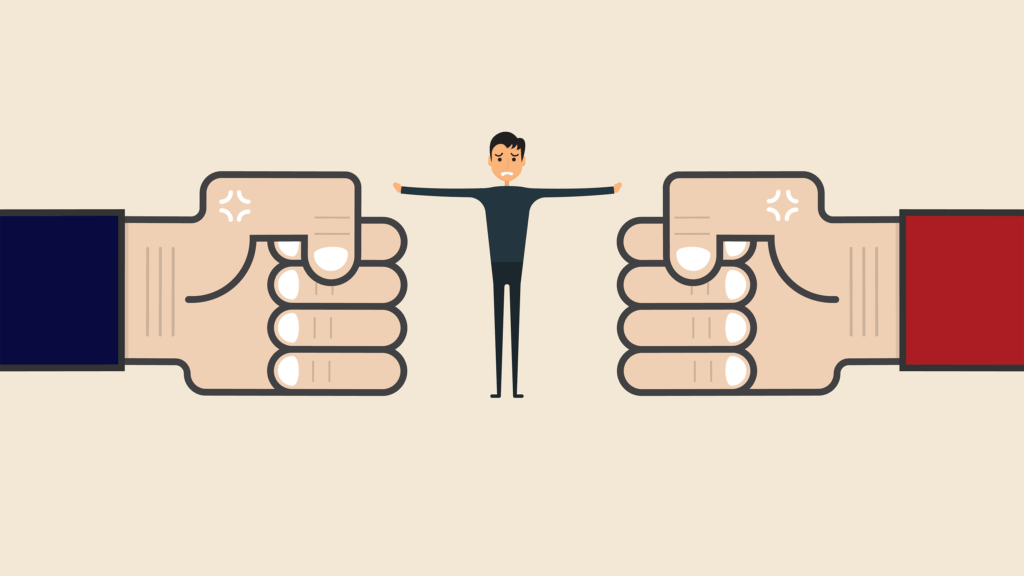 Negotiation is a communication process between parties with the intention to reach an agreement that both parties are satisfied with. It will involve the examination of facts, bargaining and arguments from both sides.

Different from the mediation, there is no need to appoint a neutral third party.

What is expert determination?

Expert determination is a process where disputes between parties are determined by one or more experts by agreement between the parties. The determination will be binding unless the parties agreed otherwise. The experts that are appointed are usually those who have specialised knowledge in relation to the issue.

4. What Form of Alternative Dispute Resolutions should you choose?

Similar to court litigations, parties can represent themselves in alternative dispute resolutions if they are unable to afford or do not want legal representation. However, legal representation is generally recommended. This is because it is usually helpful for parties to have lawyers when the case involves complicated legal issues that the parties may not be knowledgeable about.

Moreover, for parties who want to dispute binding foreign arbitral awards, they must turn to a legal court trial, where legal representation will thus become fundamental.

7. Where do I find Arbitrators or Mediators?

It is fundamental for the neutral third party (e.g. arbitrator, mediator) to be impartial and independent. Both parties need to agree to appoint the same arbitrator or mediator before carrying on with the alternative dispute resolution.

Arbitrators and mediators usually come from various professional backgrounds and have undergone training in arbitration and mediation skills and techniques. They have to meet accreditation requirements covering knowledge and skills in fundamental laws, practices, negotiation and dispute resolution.

They are also required to abide by a Code of Practice and have substantive experience. The qualification / accreditation organisations will handle the complaints against the arbitrators and mediators.

There are organisations around the world that provide lists of arbitrators and mediators that one can appoint, e.g. in the UK, one can find a list of arbitrators from the London Court of International Arbitration, Chartered Institute of Arbitrators etc.

Below is a non-exhaustive list of common organizations that provide a list of arbitrators and mediators of different countries:

The Singapore Institute of Arbitrators

8. What will be the Applicable Law for Alternative Dispute Resolution?

If the contract is governed by foreign law, parties may be required to find an expert witness to give evidence in order to find the applicable principles of foreign law for the arbitral tribunal.

If the contract is silent on what the governing law is for the contract, the contract should be governed by its putative proper law as determined by Conflicts of Laws principles and agreed by the parties.

In case of an arbitration, the tribunal itself will determine what the law is. It is therefore recommended to include in any agreement the specific governing law and jurisdiction for dispute resolution to prevent any misunderstandings.

9. How will the Arbitral Award / Mediation / Settlement be Enforced in Another Country /  Jurisdiction?

A. Settlement by Mediation / Negotiation

The lack of an effective method of enforcement for settlement is a major impediment to international mediation. The parties in international commercial disputes may not make full use of mediation given the risk that any outcome might be unenforceable. The parties may prefer to resort to arbitration where there is a higher possibility of enforcement in cross-border disputes. 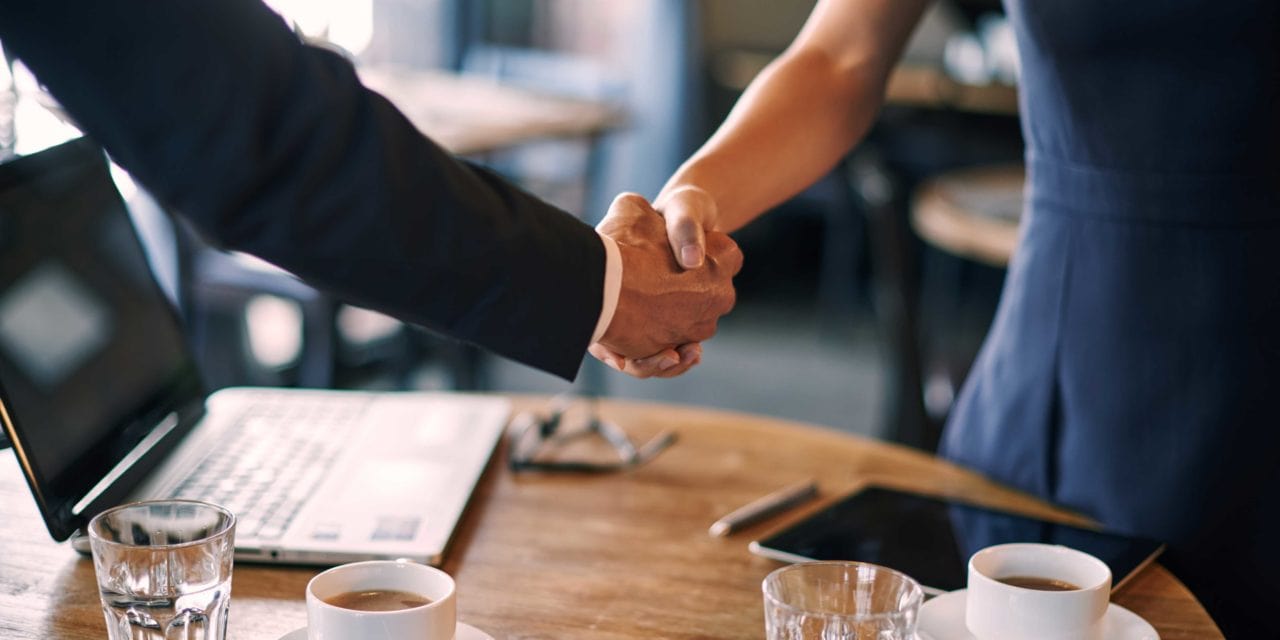