Employee, Sole Proprietor, Independent Contractor, Freelancer: What is the difference? 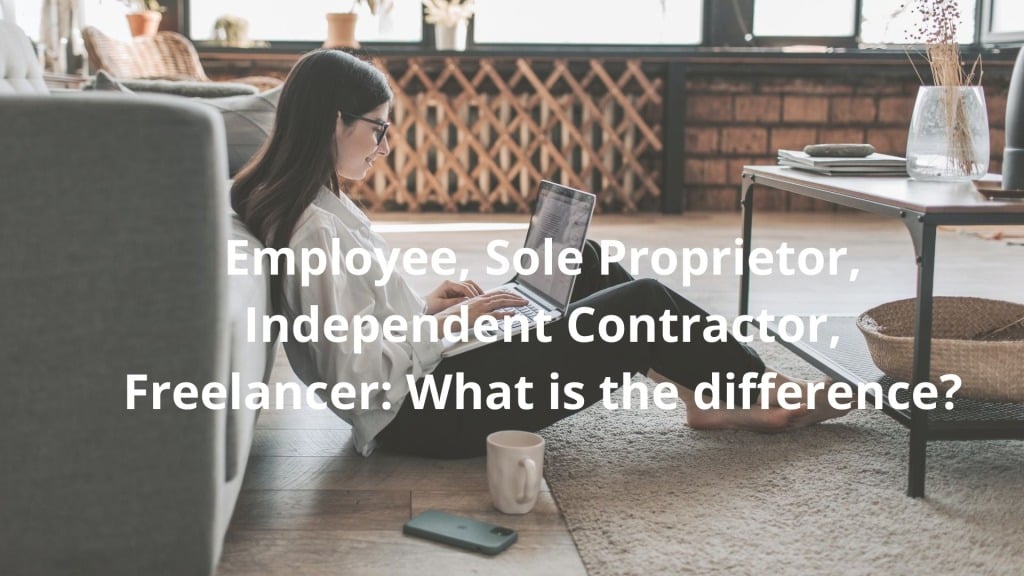 What Should Be Included In A Staff Handbook (With Templates)?

What Are Non Solicitation Agreements and Covenants Not To Compete? (With Templates)

Employment has undergone significant change in recent years – being ‘self-employed’ is more common than ever. But what does the term mean? Self-employment is an umbrella term that simply refers to an individual who is not ‘traditionally’ employed or subject to the oversight of an employer. Instead, they work for themselves and are their own bosses. Under the category of ‘self-employed’ include freelancers, independent contractors, and sole proprietors. On the other hand, employees are subject to the control of an employer, meaning that they do not fall into the same category.

An employee is an individual who is hired by an employer to take up a particular job. Employees perform specific tasks or responsibilities for employers and are awarded compensation in return.

How do employees work?

To have employee status, the following factors are typically present: 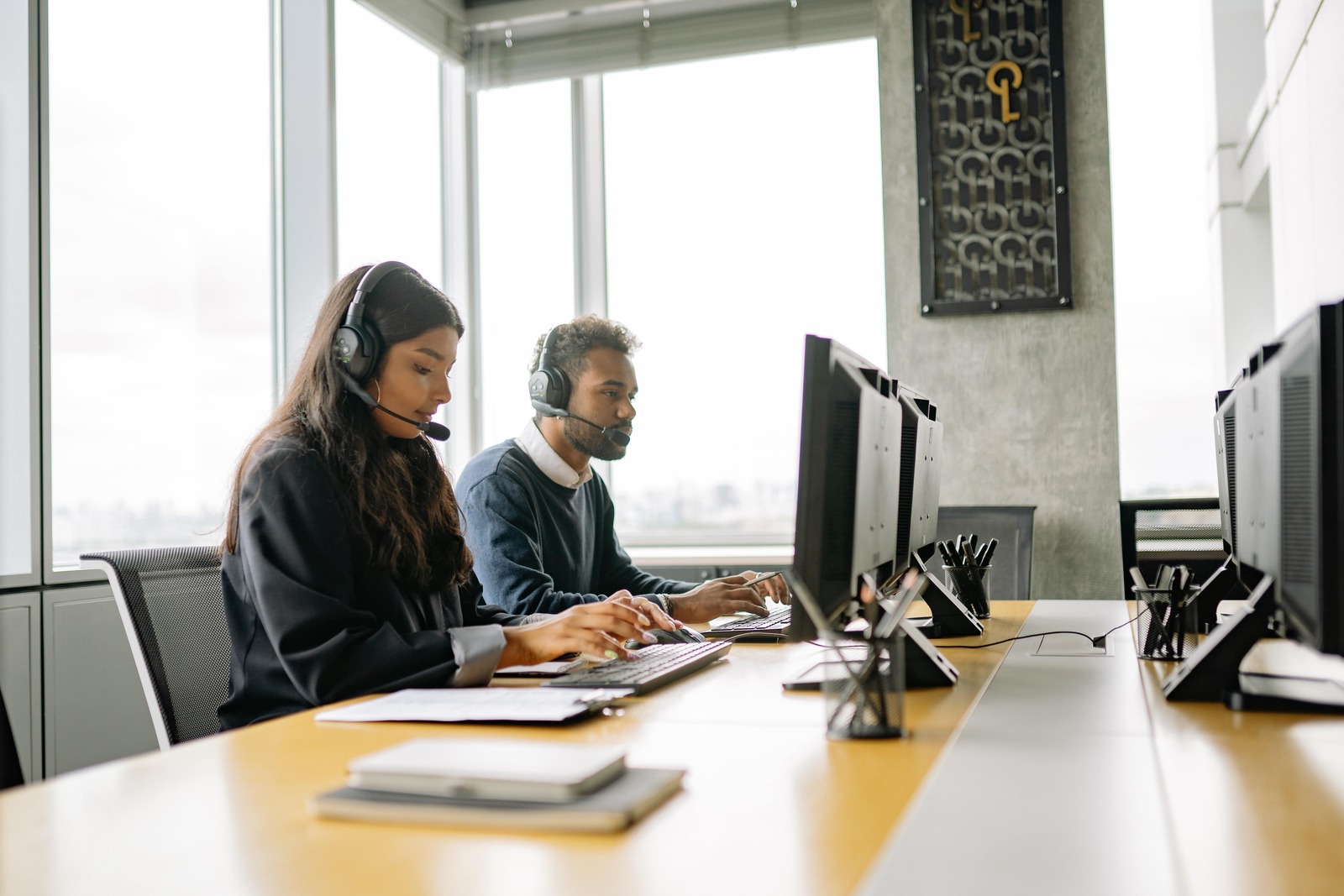 What rights do I have as an employee?

As an employee, you are afforded certain legal rights in the workplace. This means that your employer is obliged to uphold your rights as established under law. Some of the most important ones include:

You should note that a failure to comply (e.g., failing to follow instructions for PPE usage) might make you liable for disciplinary action or dismissal by your employer. The procedures and practices which apply to employees are typically set out in a company's health and safety policy and differ from company to company. If you need a customizable health and safety policy, you can find one here.

What are the advantages of being an employee?

What are the disadvantages of being an employee?

What does self-employed mean?

Self-employed simply means that you are employed by yourself. It is an umbrella term that can mean many things. In essence, it refers to titles that involve ‘non-traditional’ employment.

Independent contractors, freelancers, and sole proprietors all fall under the category of self-employed workers. These titles merely constitute different ways of being self-employed. Employees, on the other hand, are not self-employed. 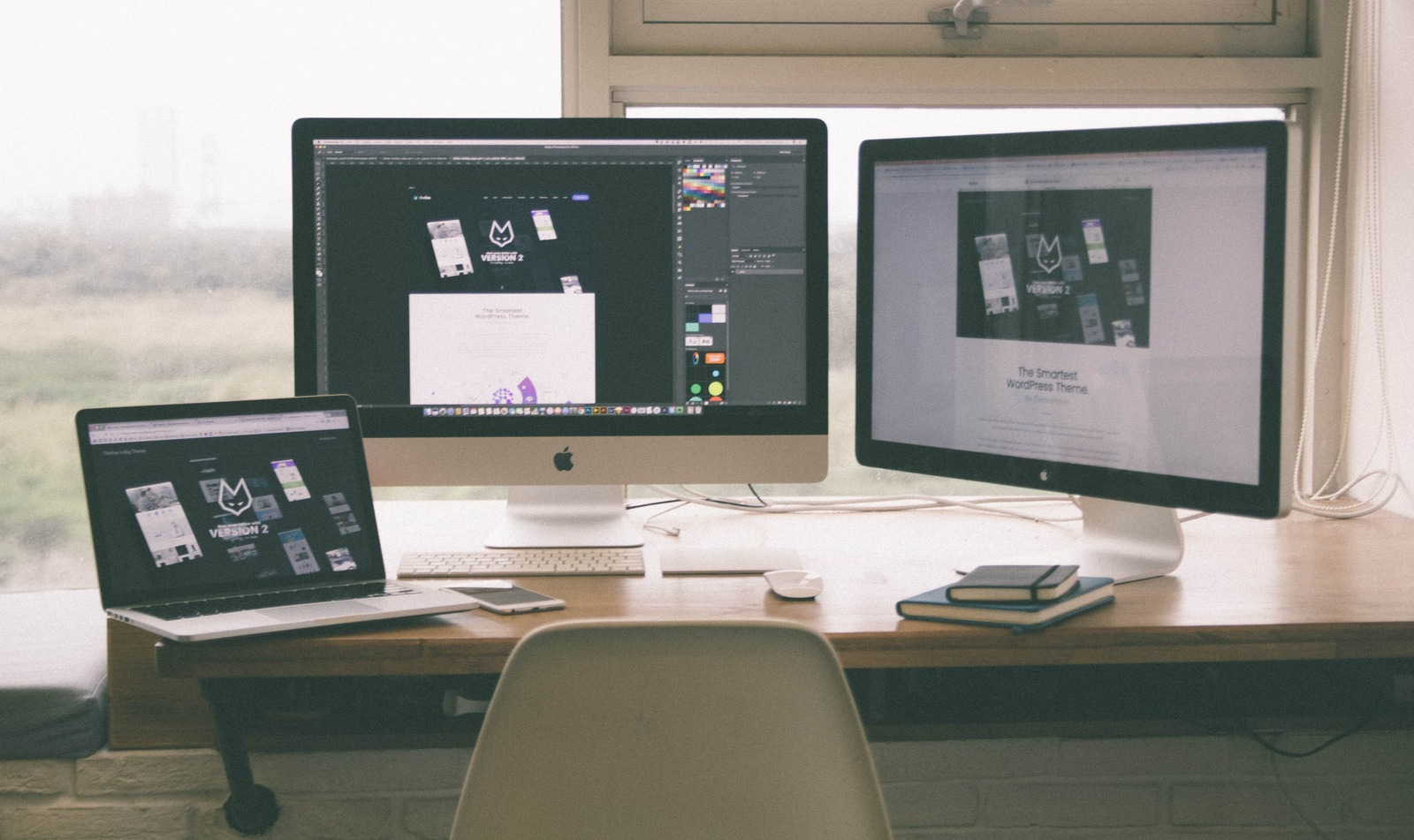 What is a sole proprietor?

Since sole proprietorships are only run by a single owner, the owner and the company are considered as a single body. As such, the owner is fully responsible for all liabilities and debts incurred.

Additionally, all profits generated through the sole proprietorship go directly to the owner. This means that the owner must pay personal income tax on all profits earned.

How are sole proprietorships different from other business entities?

Sole proprietorships are different from other business entities as they do not constitute a separate legal entity and essentially just refer to the individual running the business. In this sense, a sole proprietorship is not distinguished from its owner.

What are the advantages of being a sole proprietor?

There are many advantages of being a sole proprietor which make it an enticing choice. These include the following:

As a sole proprietor, you are in full control of the direction of your business, which clients you want to work for, which assets you want to use, etc. 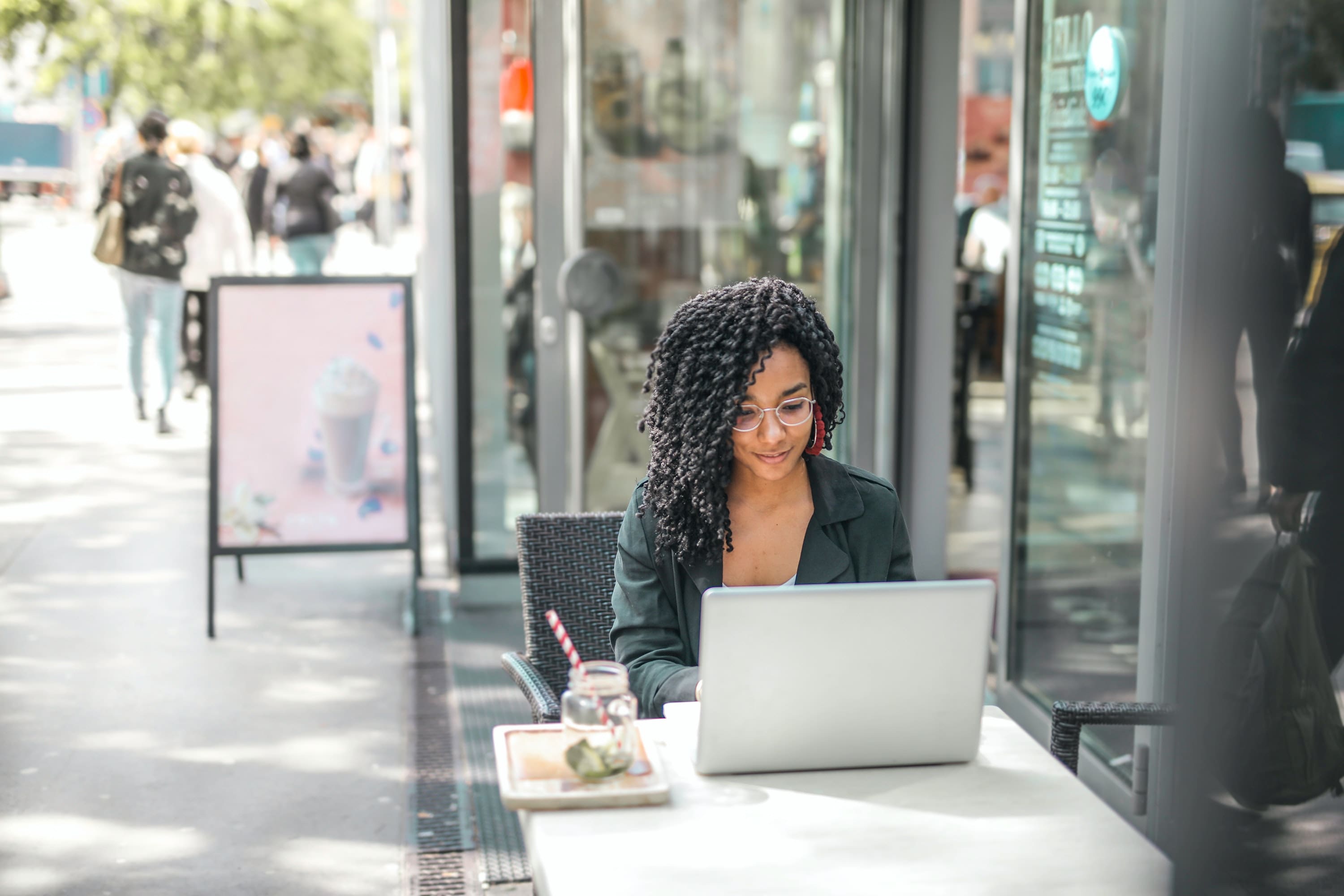 Inexpensive and simple to set up

There are no formalities involved in setting up a sole proprietorship, meaning that the whole process is straightforward. No registration with the state is required – the mere business activities of sole proprietors are sufficient to establish a sole proprietorship. This means that costs on licenses, documentation and specific permits are eliminated.

As mentioned earlier, the owner and the business are viewed as one, united body. This makes tax calculations straightforward – any income earned from the business is simply the owner’s income.

Owners benefit from what is called ‘pass-through’ taxation. Pass-through taxation points to the fact that their tax liability ‘passes through’ directly to their income tax. This guarantees that owners are not double taxed.

What are the disadvantages of a sole proprietor?

While the freedom you possess as a sole proprietor is beneficial in many aspects, one huge disadvantage is that you are personally responsible for all the debt, liabilities, and losses incurred.

Moreover, the fact that there is no separation between your personal and business assets means that you could potentially suffer quite significantly. Other entities are also entitled to sue you – meaning that they may take your assets if that is what the situation requires.

When a sole proprietor dies, the business is dissolved and cannot be continued.

It is almost impossible to get investors involved. As mentioned, since the owner and business are considered one body, this means that business and personal assets are mixed. Without independent business assets, investors cannot buy them or invest. This makes it hard for sole proprietors to raise capital for the business. Are sole proprietors self-employed or employed?

Sole proprietors are sole owners of a business and are therefore self-employed.

Note that since sole proprietors are self-employed, they are also fully responsible for paying self-employment taxes.

What is an independent contractor?

An independent contractor is a self-employed individual who is contracted to perform tasks/a certain job for another entity. They are not employees, meaning that they are not eligible for employee benefits.

But what is the difference between an employee and an independent contractor?

While employees and independent contractors may very well be doing work of a similar nature and can be compensated the same sum, it is important to remember that their classification/title can bring significant legal damages, ie, regarding tax, healthcare, and insurance payment.

Although there is no ‘set’ test to determine whether someone is an employee or independent contractor, here are some factors the CRA (Canada Revenue Agency) considers to be particularly important. Whilst specific factors may vary between jurisdictions, this should give you a rough idea of things to consider:

Do independent contractors have to enter contracts?

Yes - while they are not subject to the traditional employee-employer relationship, they nevertheless work under a contract and must complete whatever is stated in the contract. The payer will usually specify the work they need to be completed by the independent contractor. 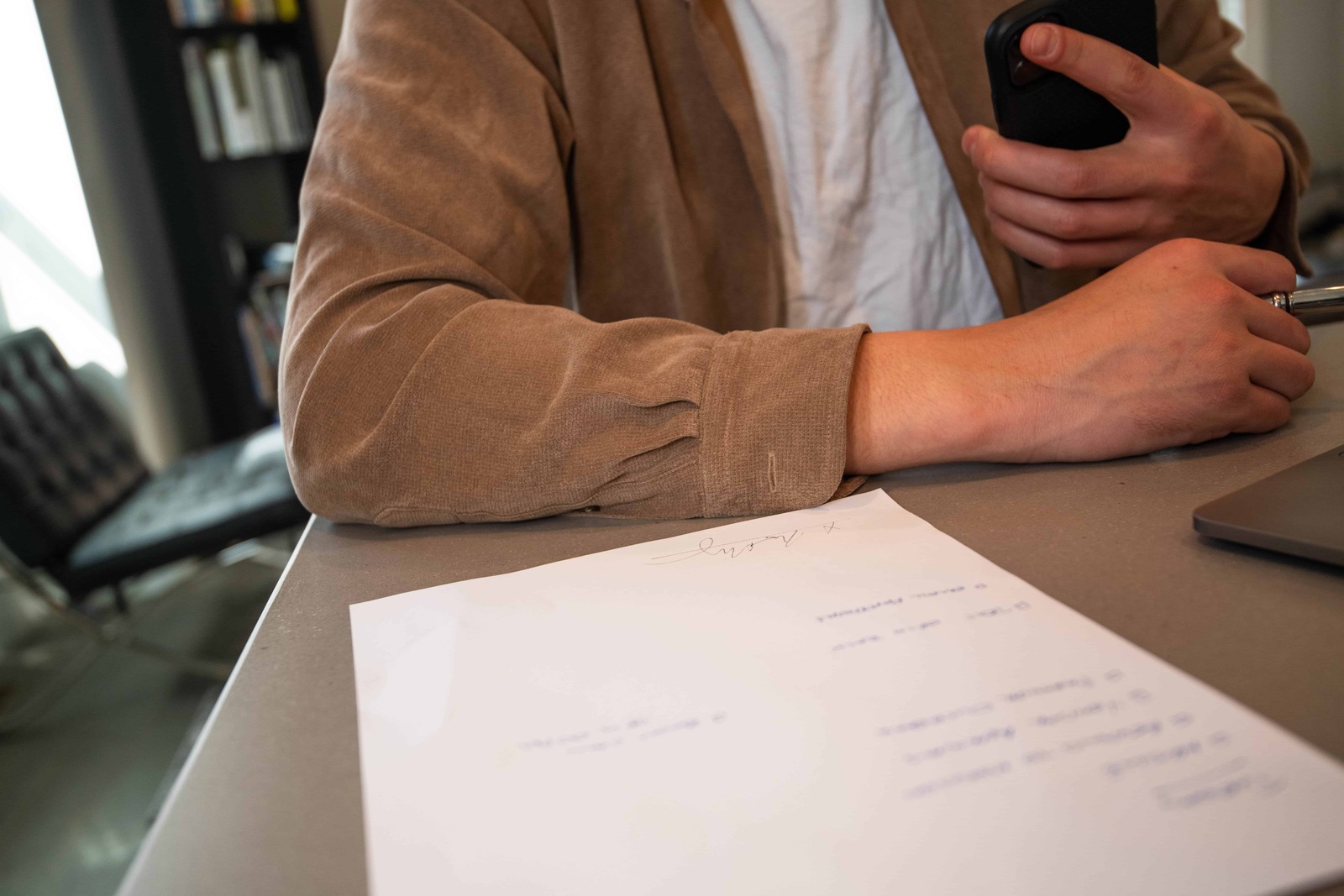 Regardless, contracts are crucial for avoiding disputes and making sure that all parties fully agree on the work to be completed, as well as the nature of the commercial relationship between them.

A freelancer is an individual who is self-employed and not committed to one employer. Since they work for themselves, unlike employees, they often work for several clients and are committed under several shorter-term contracts.

An example of a freelancer would be a professional video editor, journalist, or developer. Their title tends to not matter so much because freelancers often work on projects that are different in nature.

What do freelancers do?

Although freelancers are not employees of the firm, they may still be contracted to complete work that an employee would do.

The difference is that typically, freelancers work on a short time basis and earn wages per job/assignment. This stands in contrast to employees who earn a salary and work for long-term periods as set out in their employment contracts.

Yes – freelancers are self-employed. Since they work for themselves, they can work for more than one client, on a variety of projects.

But how are Freelancers and Independent Contractors different? Aren’t they both self-employed?

Yes, they are both self-employed. From a legal perspective (in terms of tax/employment), the two terms mean the same thing. They just constitute different terminology/labels. From a practical perspective, however, some subtle differences can help to distinguish the two:

It is more common for a freelancer to be working on different projects for several clients all at once. On the contrary, independent contractors are more likely to work for one client for a specified period, albeit still on a relatively short-term basis (eg: a few months).

Independent contractors are more likely to work from the client’s office, compared to freelancers who work often do not have proper working space and tend to work remotely.

3. Nature or scope of work

Since freelancers tend to work for multiple clients at a given time, they tend to take on smaller/ad-hoc projects, compared to independent contractors. 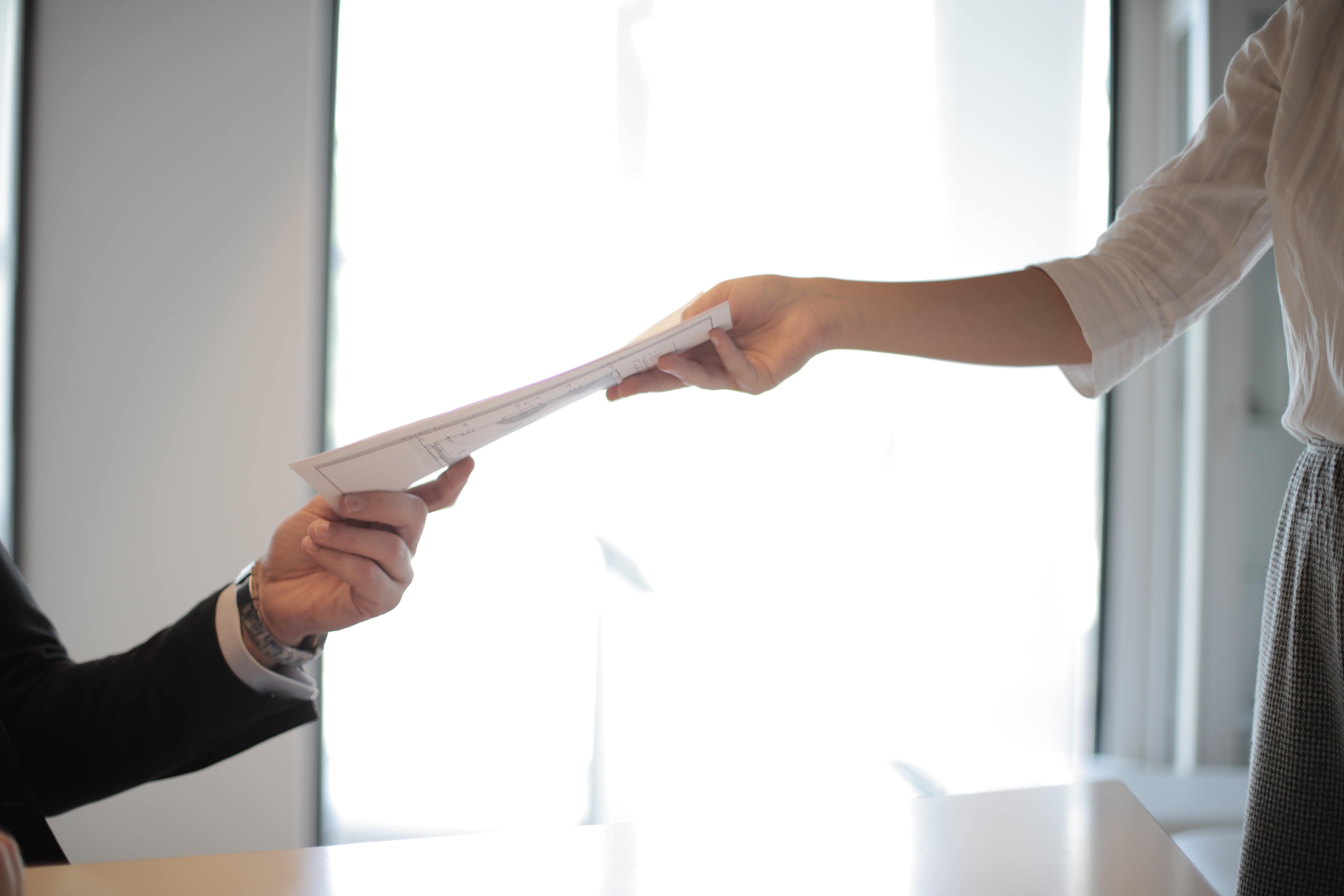 Freelancer v Independent Contractor: Which one should I hire for my company?

Neither is ‘better or ‘worse’ – it simply depends on your needs.

A freelancer may be the better choice if you:

An independent contractor may be the better choice if you:

It is important to be clear about the various terms which fall under the category of ‘self-employment’, and how self-employment differs from traditional employment. While being a freelancer or independent contractor is similar in terms of how much tax you need to pay, the roles often involve slightly different benefits. Companies should also consider a variety of factors before determining which type of worker they want to hire for a certain project or role.

What Is A Statutory Employee

What Is A Public Employee

Which Is A Drawback Of Being A Salaried Employee?

How To Be A Good Employee

When Does A Casual Worker Become An Employee

What Is A Freelance Artist

What Is A Freelance Photographer

How To Start A Freelance Business

How To Hire A Freelancer

How To Charge As A Freelancer

How To Prove Self Employment

How To Pay Independent Contractor

How To Hire An Independent Contractor

What Is The Definition Of An Independent Contractor

How To Become A Sole Proprietor

When A Sole Proprietor Dies

What Is The Difference Between Self Employed And Sole Proprietor