A. How to write a wedding invitation?

There is a certain etiquette for wedding invitations which are actually much simpler and more straightforward than you think. They are not strict rules but instead can be seen as guidelines from the accumulation of knowledge of experience from generation to generation.

A typical wedding invitation should contain the following:

1. The Hosts of the Wedding

One would open an invitation with the names of the hosts of the wedding. Traditionally, the bride's parents would be the hosts (and pay for the wedding), and they would be listed at the top of the invitation. Many people now would include both sets of parents' names, no matter who pays. In addition, some couples are now hosting their own weddings or with their parents.

To include the name of a deceased parent, instead of including him/her as a host, you should reference him/her in relation to the groom or the bride, who will take his or her place as the host. For example, “Mr. Ronald Trump, son of the late Doris Trump”. In relation to divorced parents, one can list them separately with one line for each parent and his / her spouse to include them all.

The hosts would then invite the guest by including wording along the following lines:

3. The Bride and Groom

If the bride and groom have not been included as the hosts, then they should still occupy the centre position. The relationship between the hosts and the couples may also be specified. Traditionally, the bride's name always precedes the groom's name. It may not be necessary to include the surname of the bride if the bride’s parents are the hosts. For same-sex marriage, instead of having females first, one would simply pick an order that sounds better.

For formal wedding invitations, everything is written out in full, including numbers with no numerals. For example, instead of “12 November”, one would say “Saturday, November the twelfth”, and instead of “6.30 pm”, one would say “half past six in the evening”. Most wedding invitations now are not that strict and may include numerals (in particular for dates) to make them easier to read.

If the venue for the wedding is in a well-known building (e.g. Church or hotel), then the street address of the venue is usually not needed, unless omitting it will cause confusion. Nowadays most people would have Google maps anyway. On the other hand, cities and localities should be written in their entirety.

If Dress Code is to be included in the invitation, then it should appear in the lower right corner of the invitation. You may want to include it for a formal black-tie event or a themed party (it is unusual to include a dress code to say “causal”). If no dress code is included, most people can tell by the invitation and the venue whether they need to dress up.

Traditionally, invitations are issued approximately two months before the wedding, which should give guests plenty of time to arrange their schedule and travel if they live overseas. If it is a destination wedding, give the guests more time and invite them at least three months in advance.

One can include RSVP in the invitation but many couples would choose to prepare a reply card for the guest to fill in and send back separately. If that is the case, it would be good etiquette to also include a reply envelope with the preprinted return address and postage. Alternatively one could ask the guest to reply by e-mail or through the wedding website (if any).

If no children are permitted, one can write "adult reception" on the invitation card. Alternately, one can also add a box in the reply card on how many “adults” will be present

One would usually make the deadline for RSVP two weeks before the wedding to allow sufficient time to confirm the numbers with the banquet organiser and finalise the seating plan. If some guests have not responded before the deadline, call them to confirm their attendance to ensure that the tables are filled.

B. How to write an Engagement Invitation?

A typical engagement invitation should contain the following:

Use a short phrase to announce who is engaged and to invite the engagement party. This will allow guests to know the purpose of the event.

Write the date and time of the party on the invitation for the guests to mark on their schedules.

Include the venue and the full address.

Name the host of the party. If the host is someone other than the coupe, list the name and the relationship so that guests would know who to follow up with enquiries.

Be sure to let guests know how to respond, whether by phone number or email. Include an RSVP deadline a week before the engagement party to allow confirmation on numbers with the organiser. For guests who have not responded by the deadline, one may wish to call them. 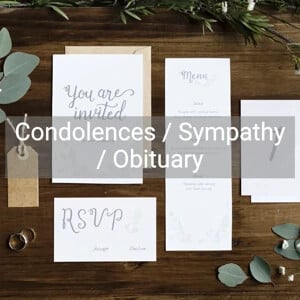 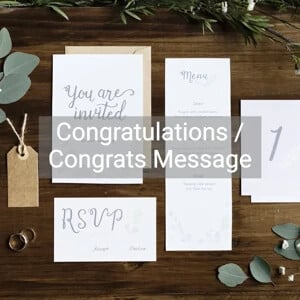 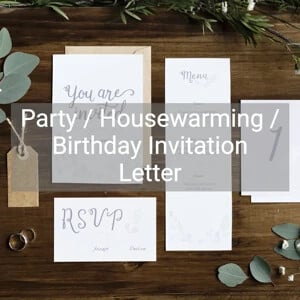 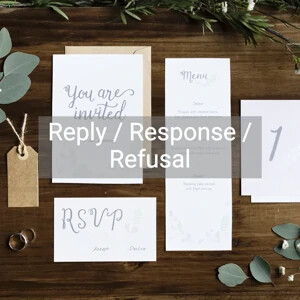 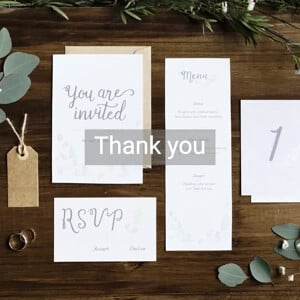 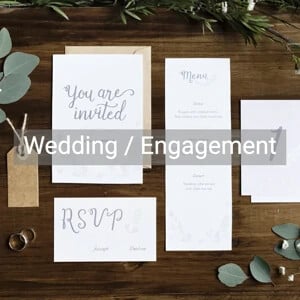