Why do you need a Service Agreement / Contract?

1.    For a Customer, the Service Agreement / Contract helps to avoid misunderstanding or disagreement between the customer and the service provider by clearly stating how much services and support will be provided, and the wage rate/ fees and expenses the customer needs to pay as consideration for the service (in accordance to relevant wage requirements and contract requirements).

Does the Service Agreement / Contract need to be in writing?

3.     Contract law governs most agreements between parties, whether oral or written, that involve goods, services, money, employment contracts, and real estate deals. Contract law derives mainly from the common law.  Normally a party signing a written contract is bound by its terms, whether or not he has read them. Contracts can be oral, partly oral, and partly written or written, and can be made informally.

4.    Some legislations do impose requirements for contracts to be in writing or a particular form. These include contracts for the sale or other disposition of an interest in land, some consumer credit agreements, and some requirements relating to employees.

B. ELEMENTS TO A CONTRACT

1.     There are four basic elements to create a legally binding contract: offer, acceptance, consideration, and intention to create legal relations. Normally the question of whether the parties have agreed is tested by asking whether one party has made an offer that the other has accepted. Agreements may not give rise to a binding contract if they are incomplete or not sufficiently certain (i.e an absence of an agreement to agree, no-contract price). The courts apply an objective test in deciding if the parties have reached an agreement.

2.     It is important to distinguish between offers, which can be accepted, and an "invitation to treat" which is an invitation to someone for them to make an offer, which the first party can then accept. An invitation to treat gives the party who issues the invitation control over when (and if) the contract is made. There is no requirement to have an invitation to treat: a valid contract can be formed when an offer is accepted. On auctions, it is the bid that is the offer. There can also be contract modification where the initial offer is faced with a counter-offer.

3.     An acceptance is an agreement to the terms of an offer. Offers can be accepted by conduct. If someone purports to accept an offer but does so on different terms that will be a counter-offer, rather than an acceptance. The acceptance must normally be communicated to the offeror. There are special rules for when an offer is accepted by post (the general rule is that acceptance takes effect when the letter is posted) or some instantaneous mode of communication e.g. telephone or e-mail (where the normal rule - is that the acceptance must be communicated - applies). Generally, silence cannot be treated as an acceptance. In exceptional circumstances (for example, where the offeree has been given terms of dealing and the offeree proceeds with the dealing without formally communicating acceptance) silence may be treated as an acceptance.

4.     An offer can be terminated in various ways: by withdrawing it before it is accepted, by lapse of time where it said it had to be accepted by a certain time, by a condition occurring if it said it was conditional on something not happening or by being rejected.

5.     An agreement may be incomplete, for example where the parties have agreed on essential matters of detail but have not agreed to other important points, although an agreement may be complete even if it is not worked out in meticulous detail. There will usually be no contract if the parties agree "subject to contract" but never agree on the terms of the contract. A provision that certain terms are to be agreed upon from time to time, with no fallback as to what is to happen if an agreement is not reached, may make an agreement so uncertain as to be enforceable. Although the courts will not enforce an agreement that is too vague or uncertain, they do not expect commercial documents to be drafted precisely.

6.     Some agreements are not enforceable contracts because there is no intention by one of the parties to create legal relations. Generally, it is assumed that the parties do intend to create legal relations and there is a heavy burden to discharge if a party alleges it did not intend to do so. Letters of comfort may come into this category. It is safer to make it clear if no enforceable contract is to be created e.g. when heads of agreement are signed.

7.     This can be something of benefit to the person who has the obligation or who makes a promise to do something (called the promisor) or something which is a detriment to the promisee (the person who wants to enforce the obligation or who has the benefit of the promise). As long as some value is given for the promise, the courts will not consider whether an "adequate" value is given. Contracts to transfer something valuable for a nominal amount are enforceable. However, if the promisee has already done the act that is said to be the consideration, that is usually "past consideration" and is not treated as being good consideration. The consideration must be provided by the party who wants to enforce an obligation in the contract (or, possibly, by someone else as his agent) but need not be provided to, or benefit, the promisor. A promise not to sue on a valid claim can be a good consideration.

C. AGREEMENTS UNDER THIS CATEGORY

The Agreements under this category are generally for services performed. It includes IT, consulting agreements, retainers, and general small works contracts:

The "liability" provisions must be carefully considered. In many jurisdictions, the statutes will generally imply (unless excluded) a term that the supplier will carry out the service with reasonable care and skill. Exclusion clauses are possible but will usually be subject to the limitations of the local unfair contract terms legislation. The supplier of services may wish to limit their liability to the number of fees received for the services. 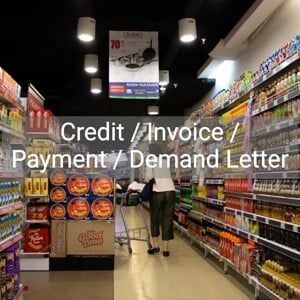 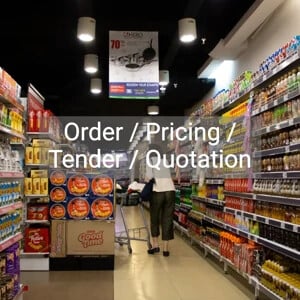 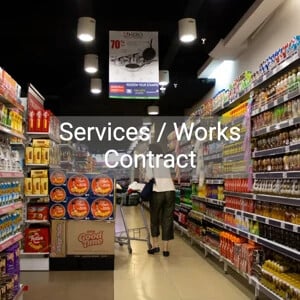 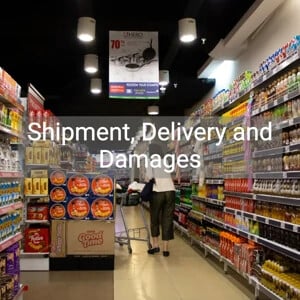